Hope springs eternal? To be frank I don’t see the synergy between the two yet but given Flickr was in a death spiral this should mean a bit of a reprieve and a chance to make another go of it.

It is not all doom and gloom though. The Flickr Blog top 25 seemed to feature some amazing images this year and they got there by more normal merit than hidden Flickr curation… although still some of that detected.

Last year I vigorously complained that Flickr was routinely featuring photographers who were blatant Contact Collectors. This was made patently clear in the 2015 selections for “Flickr’s Top-25 Photos in 2015” where many of the featured photos were from accounts with more the 50,000 follows and followed.

This years annual feature is called “Top Flickr Photos from 2016“. While Flickr has finally taken action against many contact collectors an odd pattern to those featured was noted again this year. This is what Flickr says they used to determine the selections for 2015:

To compile this list, we started with an algorithm that calculates a combination of social and engagement metrics, e.g. how often the photo had been faved and viewed. To avoid the results being merely a popularity contest, the selection also involved curation by Flickr staff.

This is what they said for this year selections (2016):

We’ve compiled this list based on a number of engagement and community factors. The photos were scored by an algorithm that calculates a combination of social and interactive elements, including how often the photo had been faved and viewed, among numerous others.

To most those two statements say essentially the same thing. So how did the stats of these two groups end up being so different? In 2015 most of the top images only have on average 200,000 views. Yet in 2016 most of the featured images have about 2,000,000 views. That’s a ten fold difference!

The difference this year is Flickr’s implementation of the new Feed. In the feed many users are confronted with non-contact images provided by Flickr (Featured and Recommended). This is what Staff have said about these images that get pushed to users.

There are two types of Recommendations at present. Those based on your interests. This is dynamic and based on your use of the site.

Then there are several hundred Featured Photographers that Flickr staff has selected based on our subjective view of interesting photography. We show a selection of photos from these photographers in various places on the site. Historically this has been to new account holders who sign up and haven’t yet followed anyone. We recommend that new members follow the Featured Photographers because we think those folks would be interesting. We also keep the list current, so if people take a Flickr break, they will be removed. We want to be sure new members of the community still have fresh content.

In the new feed, the recommendations are a blend of the two types, with the first being the most frequent type of recommendation if you’re not new to the site.

Research has shown that this year’s selections for Top Photos were drawn from accounts that Flickr staff had selected for featuring across Flickr and in particular the winning images had been featured or recommended in the feeds*! A single day as a recommended photo offers on average 200,000** views!! Without being selected by staff for being included as a featured or recommended photo an image had no chance of being selected by the algorithm since, as admitted by staff, views are a major factor in selection.

So not only do users have to worry about other users gaming Explore and Search but also Staff gaming other aspects of the site. 🙂

As this Help Forum post highlights once again… Flickr is not reviewing new accounts for their Safety Level. In the past not having your safety level set meant you would be excluded from search results, Explore and have limited visibility in Group pools. However, at about the time Flickr seems to have stopped reviewing and setting the safety level of new accounts it was discovered that new accounts were getting in Explore and were being featured in Tag search results. Unfortunately they still get excluded from all other search results and still have limited visibility in group pools.

Instead of acknowledging or addressing the issue, Flickr has let this drag on for months despite numerous queries in the HF. Why would they not address this? The only reasonable explanation is staff levels have been trimmed so much that those few remaining are just a skeleton crew trying to keep things together until the sale to Verizon is complete. This lack of staff resources would explain why many other major issues are also not being addressed.

The question then becomes is Flickr clinically dead and only on life support until someone decides to pull the plug? What’s left for users to do? Pray perhaps…. miracles do happen.

Yahoo has revealed a second separate breach that involves over 1,000,000,000 accounts… that’s right, a one followed by nine zeros! The breach of security has lead to the release of most of their user’s names, telephone numbers, dates of birth and other personal information. As all Flickr accounts are tied to Yahoo accounts the breach affects many Flickr users as well.

If you aren’t going to delete your account then at least change your password. It is likely Yahoo and Flickr will force you to do this anyway.

The following two embeds use the provided embed codes from each site. Literally select the the code for the size you want to display then copy and paste into the blog post.

None of Flickr’s embed features work with WordPress. The reason for this is that Getty’s code seems tailored for WordPress whereas Flickr’s is not.

I have noted an odd issue with the way autotags appear to affect search results. 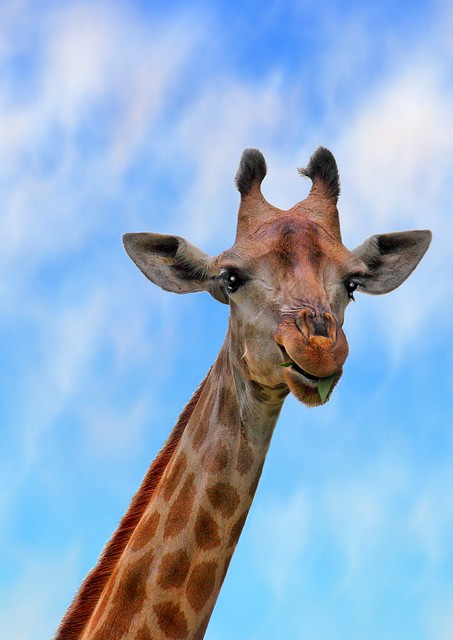 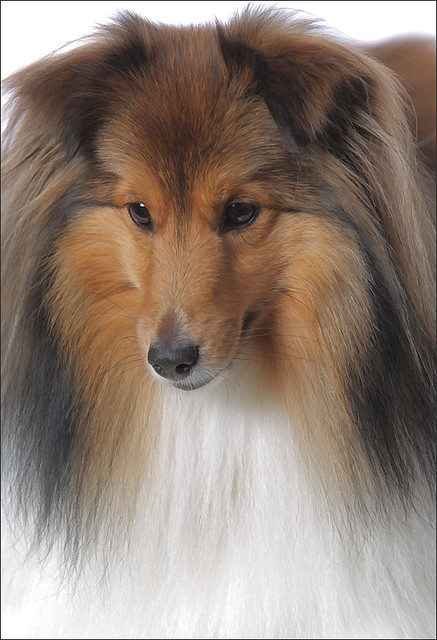 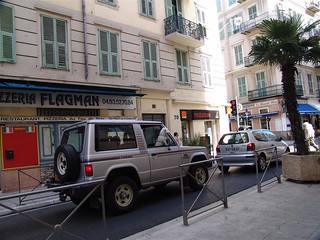 So what? For those who search optimise for relevant, it makes no sense to optimise for 3rd level autotags like tulip and poodle, as the standard optimise techniques do not work for the 3rd order tags. Focus on the more popular 2rd order tags.

Update 16 December 2016: Yahoo has revealed a second separate breach that involves over 1,000,000,000 accounts… that’s right, a one followed by nine zeros! The breach of security has lead to the release of most of their user’s names, telephone numbers, dates of birth and other personal information. As all Flickr accounts are tied to Yahoo accounts the breach affects many Flickr users as well. If you aren’t going to delete your account and find a more secure service then at least change your password.

With news of Yahoo’s monumental security breach affecting many Flickr users, and the recent concerns over Flickr users copyrighted images being misused across the internet, one has to wonder if the old Flickr Helper adage that if you don’t want your images and information used then you shouldn’t upload them to the internet. While that might be feasible for our images it is not really practical in this day and age to hide yourself away from the internet completely.

If you are concerned about how this security breach affects you on Flickr, I suggest you read this thread in the Flickr Help Forum. If you are interested in the Class Action lawsuit filed against Yahoo for its negligence in handling private information see this article.

I won’t speak anymore about the security breach, but I did want to add some thoughts on the “jellyfields” copyright infringement issue.

Jellyfields is a third party website that uses content from Flickr for an image database. The issue is not that they use such content, but rather how they use it and how they are even able to do this. Many sites like Flickriver use content from Flickr, but they do so in a way that respects the copyright integrity of the images on Flickr as well as the settings of users (i.e. you can opt out of the 3rd party access). I personally like what Flickriver does. I do not like what Jellyfield does, but I also recognise that Flickr enables this by what on the surface appears as a misapplication of Open Graph tags on our photopages. Nevertheless, I am not sure yet if this is a Jellyfield only issue, a Flickr only issue, or they need to work together.

In effect Jellyfields is getting access to large sized images, even if user may have them set as not downloadable or even sharable, through the Open Graph tags on Flickr photopages. The main question is why does Flickr need to make such large images sizes available through Open Graph? Jellyfields is interpreting that any image tagged with Open Graph code is a thumbnail and as such subject to some sort of fair use doctrine. They then save a copy of these to their servers to create content for their own site. In their implementation they do provide linkback to the original photopage but the image you are seeing on Jellyfields are copies they host… orphaned to some degree by Flickr as they strip EXIF metadata including Copyright Management Information from the images displayed on Flickr!

My understanding of the Open Graph protocol (limited for sure) is that it is intended to aid users in sharing information to Facebook. In particular, it gives users some control how their content gets displayed on Facebook (think of the share feature Flickr offers). However, what Jellyfields seems to be doing is using Open Graph to share content intended for Facebook and other social networks to their own search database. In the process of using Open Graph, Jellyfields is actually making their own local copies of all rights reserved images in most cases. This even by the most liberal interpretation of the law is copyright infringement. Made all the more so since Jellyfields is doing this within a commercial context.

Flickr is currently discussing this issue with the Jellyfields developers. Jellyfields is trying to deal with the controversy by blaming users for not understanding they agreed to have their images stolen when they uploaded to Flickr (I am being facetious here, but you get the idea). Despite the bungled information campaign by the Jellyfields developers, they are respecting people’s wishes to remove images and exclude the user’s content from the site going forward.

Flickr is no longer removing images with watermarks from Explore. However, photoborders and the other usual suspects remain targets for removal.

The question remains whether all users previously banned for watermark use will get a reprieve and be unbanned from Explore.

Images on the right will be in tomorrow’s Explore (Flickr). Enjoy!  —–>

Note: If you received notice of your image being in the list but it is no longer showing on the right that just means it has moved out of the top 10. It will still be in the showcase 🙂

inexploreblog
Create a free website or blog at WordPress.com.